We were privileged to host this fantastic team of 13 people (and a baby) from 8 different nations over the course of a month. Here they are about to go on their scavenger hunt - to find out more about Banja Luka: 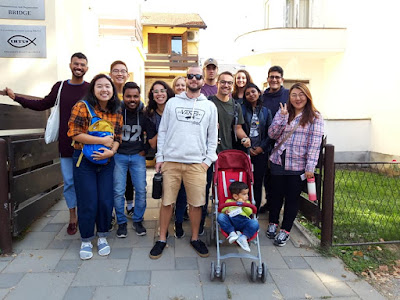 While I took all their passports to get them registered! They really were from 8 different countries! 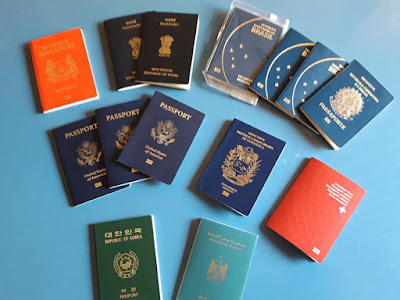 The first week they were here was the week before we held the Nick Vujicic event. So they helped a LOT with the advertising of the event: handing out flyers and getting posters up - here we are about to go around campus: 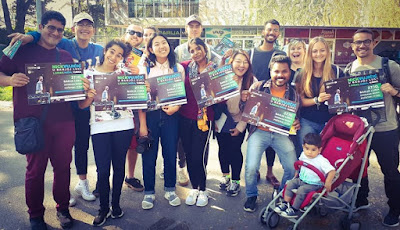 And here they are afterwards - it isn't all work and no play!! 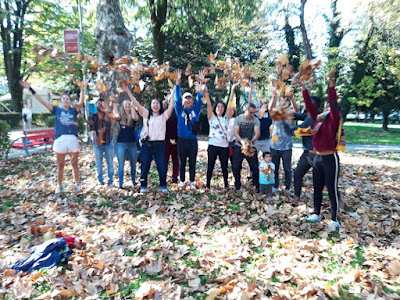 They also helped a lot for the set up for the event - here they are after helping to unload the books that were given away at the event (almost 2000 of them!) 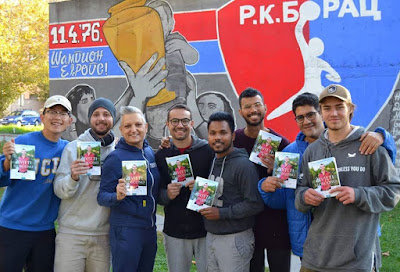 We also spent time praying for Banja Luka and the event from our favourite lookout spot over Banja Luka - joined by some of the people who came for the weekend of the event, Tormod and Margritt: 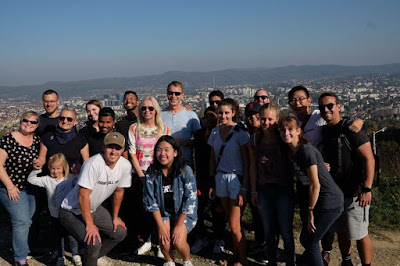 And then on the actual day of the event they were among the many volunteers who helped make it go sooooo smoothly!! Here they all are with Nick! 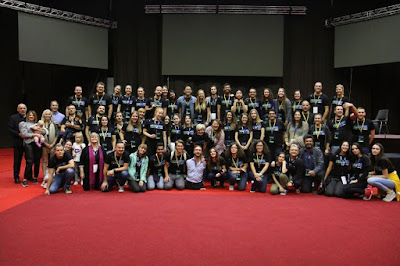 The rest of the time they were here they helped us with English classes, humanitarian aid clothing distributions, and a wonderful cultural night amongst other things. They also went twice to help out in Prijedor with their children's programs. So they kept busy!

They also helped us with a couple fun evenings with the kids at the children's home. Here is one of the fun nights - where instead of everyone doing one thing, we had tables of different activities - from games to crafts to face painting... everyone had a phenomenal time: 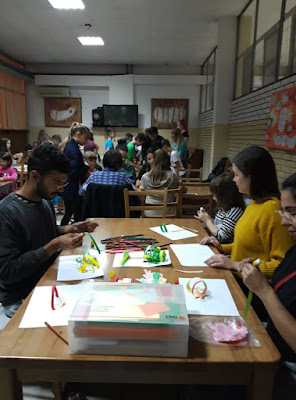 They also helped us organise a fun evening for the volunteers who helped at the Nick Vujicic event as a thank-you: 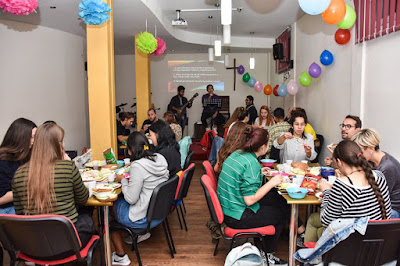 All through their time here, one of the team was helping one of our young people to learn the guitar. Before they left he had made so much progress that they wanted to bless him with his own guitar. He had some money saved and the team contributed the rest. As a thank-you, his parents had them all over for lunch!! The below picture is all of us (with the guitar) before leaving... 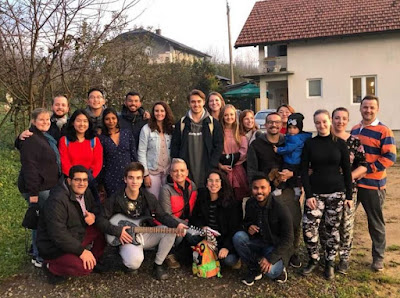 And then it was time for the goodbye party... 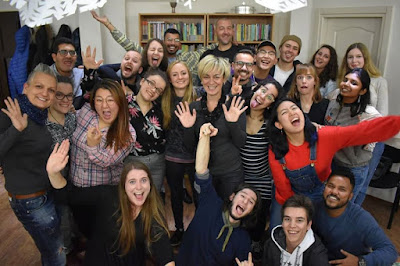 And even though we look happy on the photo, we were all very sad to see them go... :(
Posted by beeinbosnia at 12:51 pm No comments: