There are no words to describe how we are all feeling after the amazing events with Nick Vujičić which happened in Mostar, Sarajevo and here in Banja Luka this past weekend.

After a year of planning, and much anticipation, Nick Vujičić of lifewithoutlimbs.org was actually with us in Banja Luka: 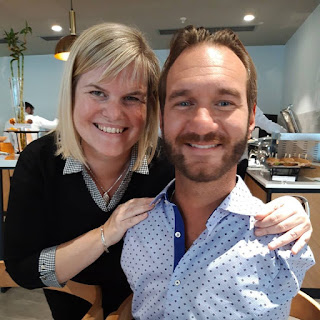 In Banja Luka, we wanted to have as many people hear his message as possible, and God opened the doors so we could not only have the biggest indoor arena with 3000 seats (which were all FULL!), but it also went out live on the National Republic of Srpska TV and online through live-streaming. 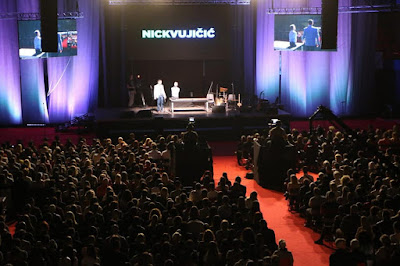 Nick’s message of Hope, Love and Faith went out to many people, and at the end everyone in the stadium stood and prayed with him: 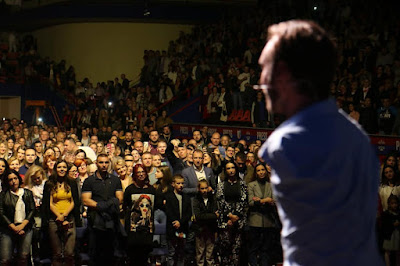 Here in Banja Luka, our small team of 3 were the main organisers. 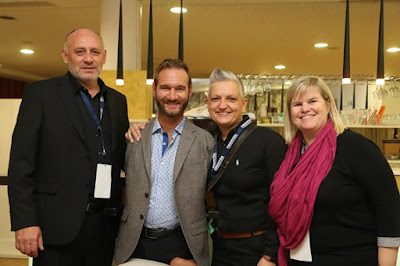 Because we knew we couldn’t do it on our own, we invited many people from outside to come and help. There were 30 people in 3 teams who came specifically for the weekend – one from Serbia, one from the Czech Republic (with our ex-colleagues, David and Irena) and one from YWAM Switzerland. We also had many local volunteers who helped out as well!

Here are all the teams, and also about 30 local volunteers who helped at the event: 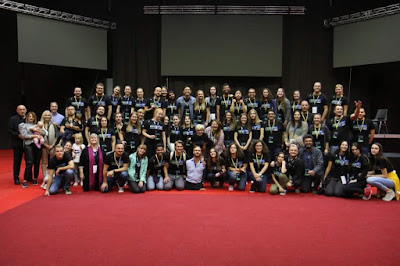 God also provided a wonderful PR/Event firm who helped to organise the event and find the sponsors to pay for all of the costs of advertising and production. The Government was one of the sponsors, and so helped to provide many things free of charge, including the indoor arena and the billboards around town.

After the event was over, as they were leaving, people were given copies of Nick’s book “Life without limits” and a copy of the Gospel of John in an interesting edition called “Uncover”.

On the Monday after the event, Nick met with the Government of the Republic of Srpska. First with the President: 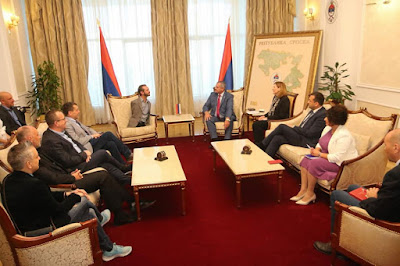 And then with the entire cabinet: 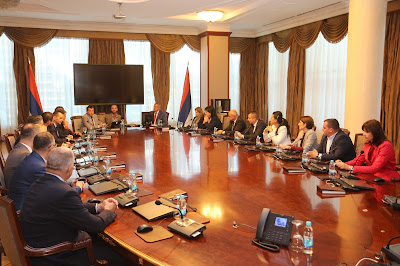 We are still amazed by all the God managed to do through Nick’s visit, all the people that he touched and encouraged, and also challenged by just being who he is and sharing God’s message of hope and forgiveness with everyone!
Posted by beeinbosnia at 11:11 am No comments:

This week we went to the Children's Home to do a workshop with the children for "Children's Week". The theme this year was "My week, my year". To represent the "year" we did the four seasons through a tree: spring blossoms, summer green leaves, autumn yellow/orange leaves and winter snow! Each child made a plate with four trees: 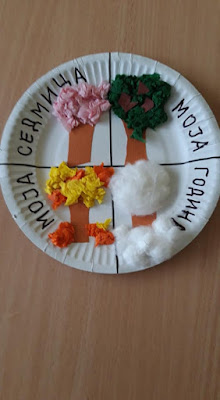 And altogether we made one poster with one tree with all the seasons on it... 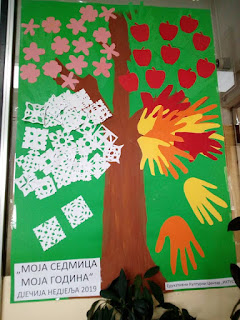 We enjoyed all the crafts - with all our wonderful volunteers! 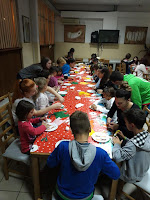 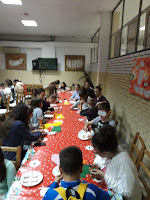 Thanks also to our interns, Hannah and Haley and visitor Andrea for all their help in setting up things for this workshop! It made things so much more interesting for the kids for sure!
Posted by beeinbosnia at 9:29 am No comments:

Volunteers, Interns and a Guest 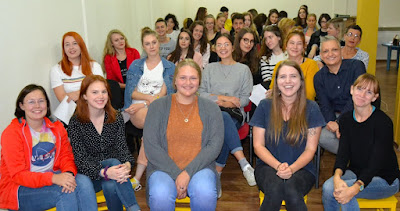 Then on the 8th of October, we organised a training for the new and old volunteers with our dear friend, Dijana, who is also a trained "Pedagogue" or "Educationalist". She also works in the Children's Home where most of our volunteers will be helping. She went through some important information to remember when dealing with children - especially how to handle emotions well: 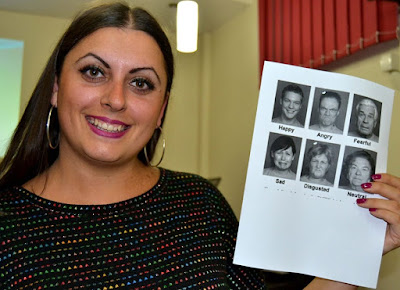 We also give each Volunteer a "Volunteer book" where they can keep a record of all of their volunteer experience. Here are two of our new volunteers with theirs: 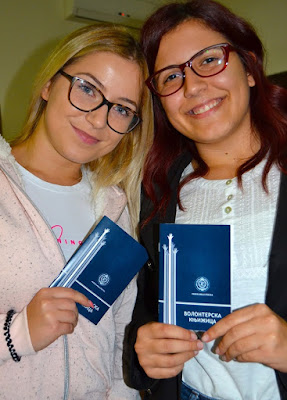 At the end of September, we were joined by two wonderful new interns, Hannah and Haley, who will be with us for a year. They came from the US through InterVarsity. They have helped a lot with the new volunteers. Here they are helping give out the Volunteer books: 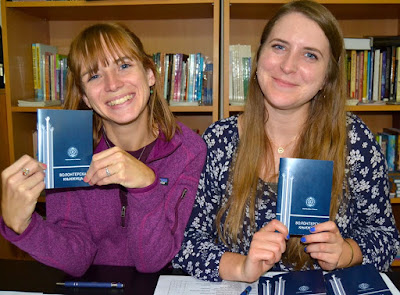 And then this past week we were also joined by a guest from YWAM Budapest, Andrea...She thinks one day she may actually move to Bosnia Herzegovina! I showed her around Banja Luka together with Hannah and Haley. At the Fortress, Kastel: 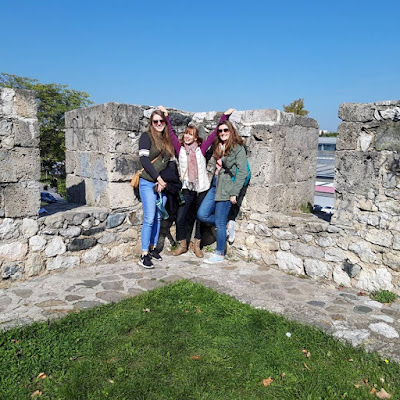 In front of the Orthodox Cathedral "Christ the Saviour": 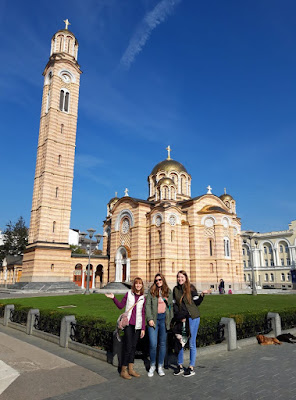 And we went to a look out spot to see all of Banja Luka and pray together... thanks Hannah for taking the photo! 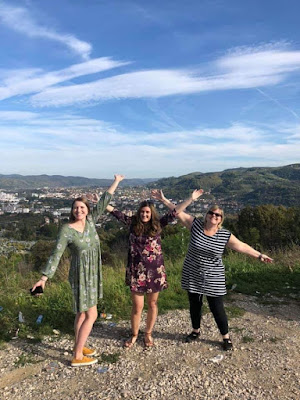 It has been fun getting to know our new interns and Andrea, and all the new volunteers!
Posted by beeinbosnia at 9:33 am No comments: