Three days after finishing the Central European Staff Gathering, it was time for my next conference... yes, organising two conferences back to back was not a clever plan, but thankfully it all worked out!!

This is the 3rd Faith and Conflict in Bosnia and Herzegovina. The first one was held in 2014 and then the next one in 2018, but now we actually aiming to run them every year! This is a conference that is run in conjunction with YWAM Northern Ireland and they run them in Northern Ireland, Lebanon, the US and South Africa.

We started off in Mostar and we had over 30 people, because a team from Albania that was there joined us for our time there, it was great having such a large group of people who want to learn more about Faith and Conflict in this beautiful place. Here we are at the new "Old bridge": (the old one was destroyed in the 1992-1995 war and it was rebuilt in exactly the same way as the old one, finished in 2004): 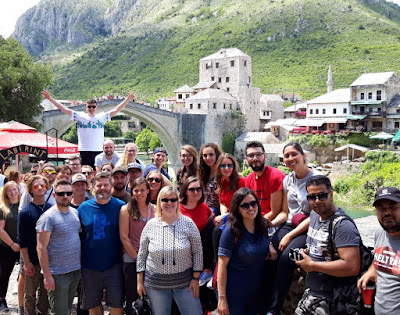 We also went up to the "cross on the hill" over Mostar. The unfortunate truth is that the cross which should be a symbol of love and grace is seen as a provocation. The city is divided between Croats (Catholics) and Bosniaks (Muslims). The mortar shells which destroyed the Old Bridge during the war were shot from this mountain... and now the cross is standing on it, overshadowing the city and in a way, a visual reminder of that fact... we loved learning about the symbolism and hesitated to take the group photo, but felt it was a lesson learned that needs to be remembered - symbols can be provocative and we need to be careful what symbols we use in our lives... 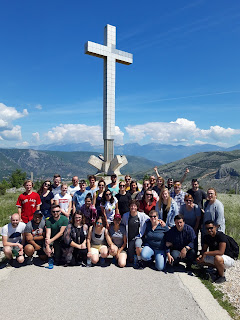 During our time in Mostar, we were treated to a concert by one of the YWAM Ireland staff, Alex Atwell. He shared his songs and stories from Northern Ireland... about peace and reconciliation. It was a lovely evening: 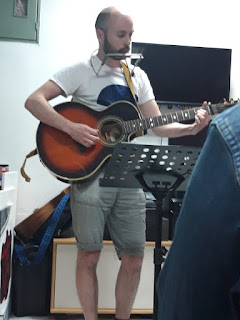 The main speaker for the conference was Jonny Clark, leader of YWAM Ireland, and it really is great to work with him and his team from YWAM Ireland. Here we all are enjoying some of Jonny's teaching in the beautiful Kairos Centre in Sarajevo. 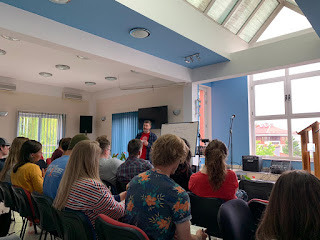 Here is a pic of Jonny and I enjoying the Bosnian speciality "čevapi" together in Sarajevo at the end (we took the photo to send to our mutual friend in Ireland "the other Belinda" to make her a little jealous as she looooves čevapi!) 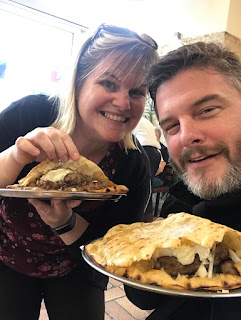 In Sarajevo, besides great teaching and cevapi, we were also treated to a great tour of the city's war history with the pastor of the Dolac Malta Evangelical Church, Sasa Nikolinovic. One of the places he took us to is actually in the top 7 of beautiful abandoned places: the bob sled run from the 1984 Olympic games: (and I think this photo should be our album cover... we are too cool for school!) 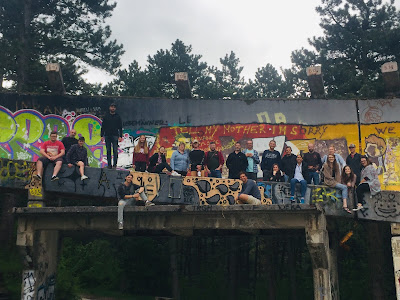 In Mostar and Sarajevo we had local people come and share stories in segments we call "Local Voices". Some shared their stories about being in the war, others shared how they are working now in some area of peacemaking. I love this part as there is such a depth of wisdom here, and people who have gone through so much have a lot to teach us, and I love giving them a platform to share! And for many people, this is the part that impacts them the most.

The group was fantastic, and it was with heavy hearts that we said goodbye to one another, we truly became a pilgrimage community in our week-long journey through this wonderful land...
Posted by beeinbosnia at 6:30 pm No comments:

This year was time for our Central European Staff gathering! We met in Vajta, Hungary altogether for 4 days of fun, fellowship and renewal! Youth with a Mission Central Europe is made up of 16 countries with about 250 staff.

Before everyone came, our "Core Circle" leadership team of four met for a day: pictured below: me with Arlen, Florin and Alket: 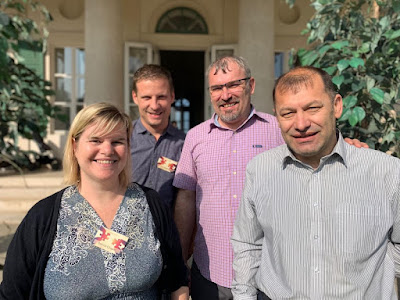 Then it was time for the wider "Area Circle Team" to meet for one day: 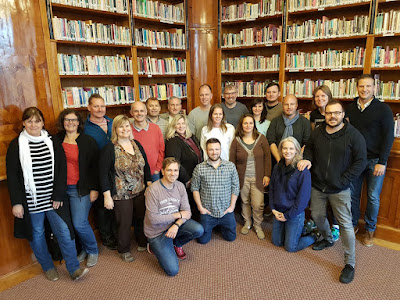 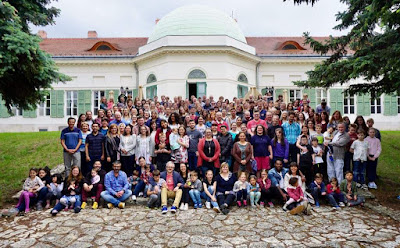 We had a wonderful speaker - my first leader in YWAM, Stefaan Hugo, from South Africa. Here I am introducing him: I love my expression in the photo :) 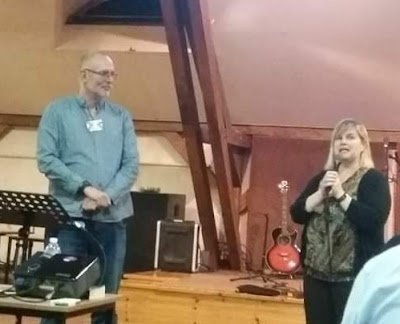 Our theme was that we are pieces of a puzzle - and together we can make the full picture: 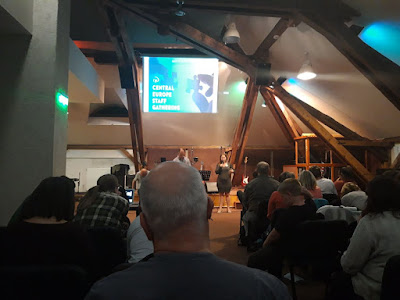 We had a great children's program the whole week - and the last day they led the program in the morning: 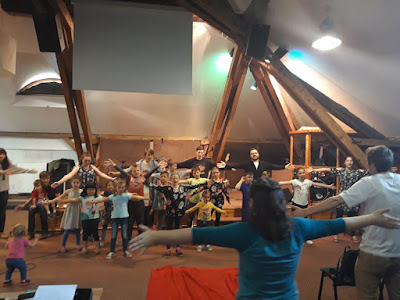 And they led us in praying for all the countries in Central Europe: 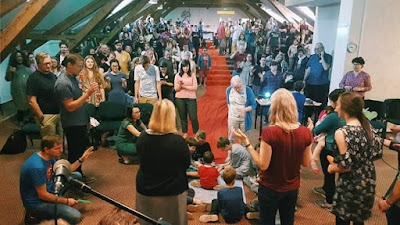 It was a great week of being together as the YWAM family - and there was so much more that went on!! From workshops, to sharing about what is going in our region to conversations over meals, coffee and at the pool (which was only open on the last day as it was rainy and cold most of the time :().  We had a great group of people helping: when we did the thank-yous at the end, over 40 people needed to be thanked!!  I love being able to facilitate this gathering... using my organisational skills to bring it all together!!!

And now it is time to move on to the next conference... Faith and Conflict 2019... yes doing two conferences back to back is not the best idea, but I am sure it will all work out!!
Posted by beeinbosnia at 5:00 pm No comments: