On Saturday, we held a workshop for the sponsorship kids and their parents, and even though quite a lot of the kids couldn't make it or came without their parents, it was still a fun workshop for everyone who came. The theme was Family Values, and we had a great time making decoupage covers for recipe books: 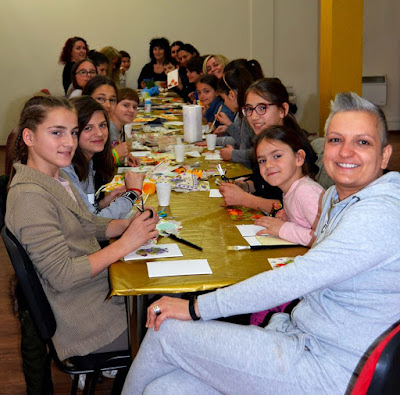 My friend, Dijana, who works at the Children's Home helped us make this a wonderful workshop. Here she is putting Sofija's book together: 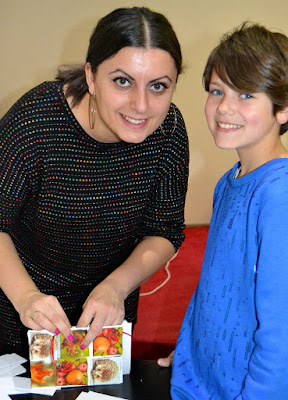 While everyone else was waiting their turn: 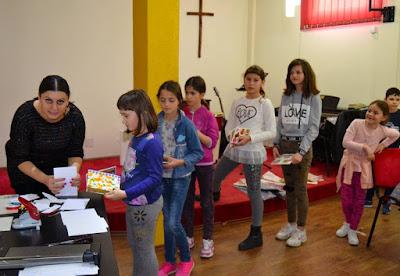 Here are most of us with our finished products: Thanks to Diana for helping us make these wonderful memories together! 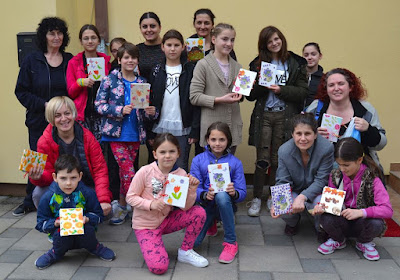 To make things more interesting, we were also hosting an unexpected visitor, Jorg and his dog, Bragi, from Germany. As Jorg put it, Bragi is a German German Shepherd :) And Bragi was so good with the kids! 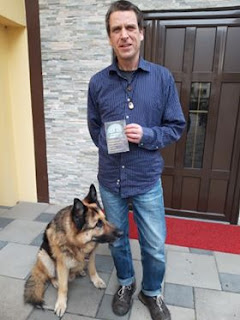 They have travelled 2000kms of their pilgrimage to Jerusalem and were with us for two nights before continuing on. Here is a page from Jorg's pilgrim's book, showing some of the places that he has stopped along the way: 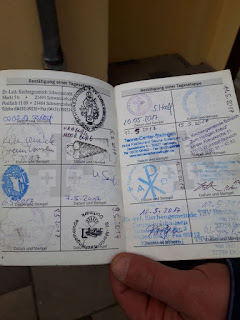 It is always so interesting the kinds of people that make their way to us in Banja Luka - from pilgrims to the most travelled musician in India to teams from ALL over, to so many of my friends and family! All are welcome and I love that I get to show them God's love through hospitality!
Posted by beeinbosnia at 2:22 pm No comments:

Back in Banja Luka, back at the Children's Home!

We started back at the children's home with an evening about South Africa. I did a presentation about my home country and of course forgot to get ANY photos of me doing it, oh well. You will just have to take my word for it...

I tried to make it fun for the kids - at one stage, I showed them pictures of penguins, thinking they would be amazed... but they had already been told by their carer that Aunty Belinda wasn't coming to the children's home as she was in South Africa, swimming with the penguins... she is one of my friends on facebook and so saw my posts about that haha! And here I thought I would surprise them all, but no... they already knew about the penguins!!

I did surprise them with the currency of South Africa... I had two complete sets... one with the "normal" animals on them...

And Nelson Mandela on the other side... 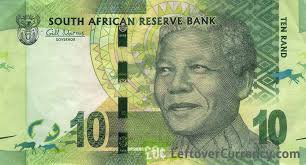 And then thanks to my Aunt Janny a complete set of "Mandela" notes where he is on both sides - the above older pic on the one side and the younger Nelson on the other... and they were a great hit (and yes I did get them all back!) 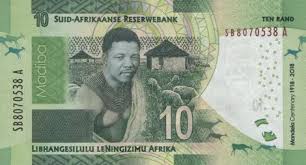 And then I explained more about who Nelson Mandela was, and how amazing his life was... and his legacy around the world... And then we made necklaces like the one he has on in this pic: (so we could ALL make "African" Necklaces and not just be for the girls...). 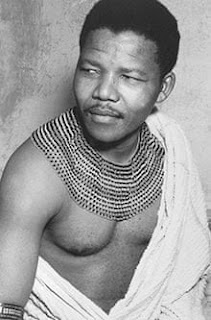 You may have seen my post on Facebook about how much trouble I had to go to find the silly lovely paper plates to do this activity with the kids - I went to 7 shops and then phoned round to another 4 places before I found them, but find them I did!! And it was all worth it: 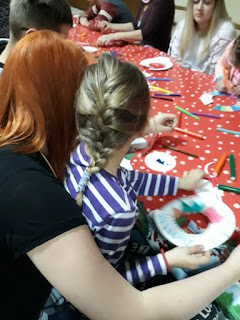 Seriously, one of the more fun activities we have done with the kids - they love cutting and colouring and then they had something fun at the end to remind them of Africa and Nelson Mandela: 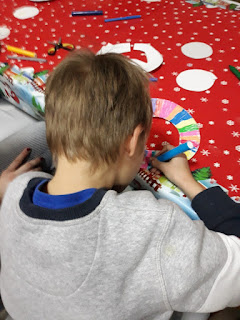 I can't show you the pics of the kids with theirs on without blurring their faces, which I don't like to do - but I can show you some of the volunteers... who also enjoyed themselves :) Nada and Alma: 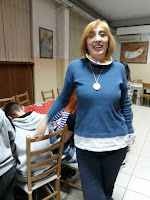 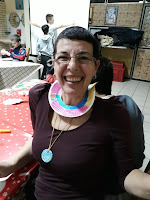 It was a great way to start off this year at the Home... we go to the Theatre with them this next week, can't wait!!

Posted by beeinbosnia at 6:52 pm No comments:

Rest of my time in South Africa

I shared on my blog what happened in my first half... and now I will share some of what went on in the second half... I visited my friend Kirsten (and others!) in Johannesburg. I enjoyed meeting her daughter, Thuli, and K and I went one day to Lilliesleaf farm and took a pic in the room where Nelson Mandela used to stay there: It really was an interesting museum about an important happening in the apartheid era (it was the farm where all the Rivonia trialists were arrested). 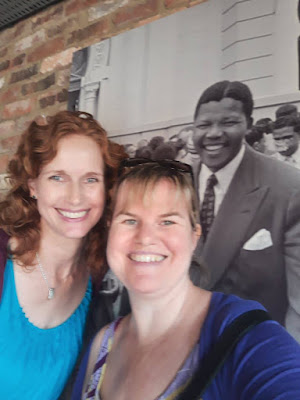 Then it was time to return to Cape Town where you can enjoy stunning sunsets like these... 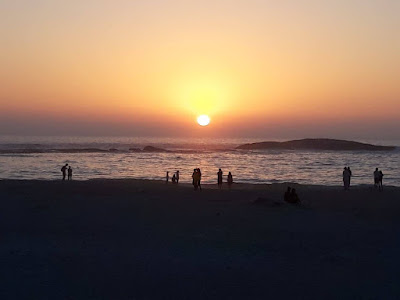 And views of the mountain... 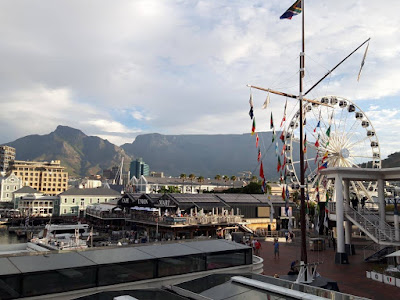 The same weekend of the Bosnian evening, Mom and I also organised a family reunion for my Dad's side of the family. It is becoming a tradition when I am home that we organise it... this was the biggest yet with 35 people! It is always good to catch up with family! 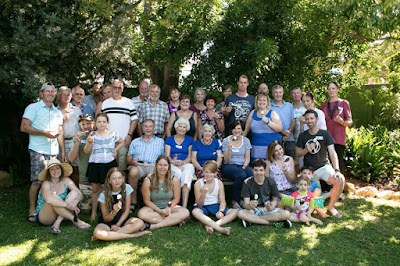 It wasn't all play and no work, as I preached two sermons at my church and shared in a few home groups. I also shared at the local YWAM base which was great too! 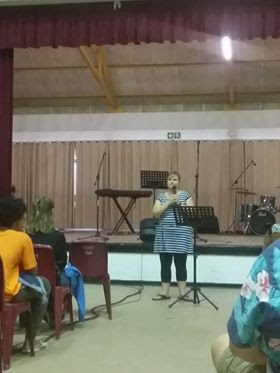 My late father made a "wendy house" (playhouse) for my nephew and niece to play in about 15 years ago. It is great fun for my friends' kids when they come over, but other than that it was starting to deteriorate and rain was now getting in. As I am trying to help my Mom scale down and get rid of things, I was happy when she said we should get rid of it! Now it was either find a place to donate it or find someone who would take it down for us... And then, we found a place to donate it who would come and do all the hard work of taking it down and getting it over to their place = win-win!! 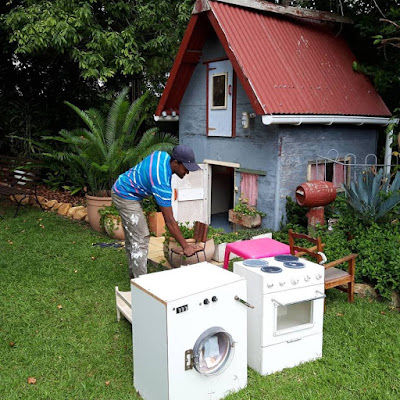 Here we are at the start, taking out all the contents - it was a fully "functional" house with all sorts of fun things inside - from fridge to washing machine to dishwasher and sink! 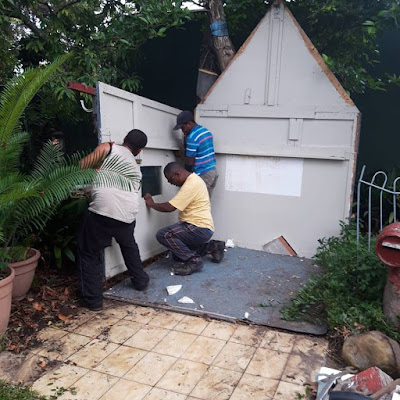 It was completely taken apart and put in a trailer to be taken over to its new home - at an Educare Centre in a very poor part of Cape Town! 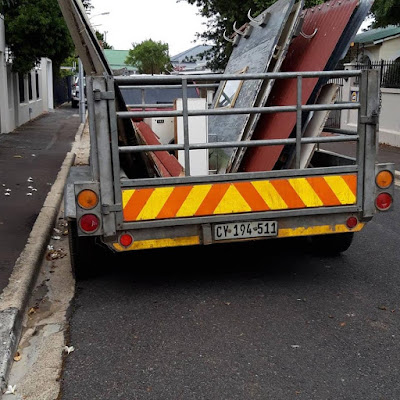 And this is what the garden looks like now... Mom has a plan of how to fill that hole in already! 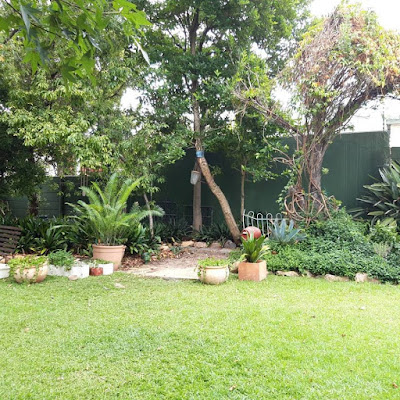 Then it was time to say goodbye to Cape Town and head back to Banja Luka. The weekend before I travelled it was 2 degrees in Banja Luka and 30 in Cape Town... but by the time I left on the Wednesday it was 20 in Cape Town and 19 when I arrived back on this side... so it wasn't too much of a shock for my system!!

When I left South Africa, I forgot to switch on the roaming for my South African sim card. Yes. You have to switch it on. By sending an sms. I usually do it without incident, but this time it just didn't even cross my mind :( And apparently it is not that easy to get it switched over once you are out of the country as it took my 10 days to do it. (ok, some of it was MY fault as I gave them the wrong number, ooops!!).

In my half way post. I used the analogy of the dual sim card phone for my life. I have two sim cards in my phone- one for South Africa and one for Bosnia Herzegovina. When I am in South Africa my Bosnian card is in roaming and when I am in Bosnia, the South African one is. So, I always have one sim card that is in roaming... and one that is at home... and it is the same for my life. And so with the South African one not in roaming until over a week being back here, I felt it was a continuation of the analogy as it takes a while to transition over to being back and getting oriented to things here again, etc... but now I am finally getting back into the swing of things over here!!
Posted by beeinbosnia at 1:00 pm No comments: