As I said in my last post, I got back from my epic trip around Europe and picked up Mom at Zagreb airport on the way back. As usual it was great to have her here... the weather mostly played along: Here we are downtown: 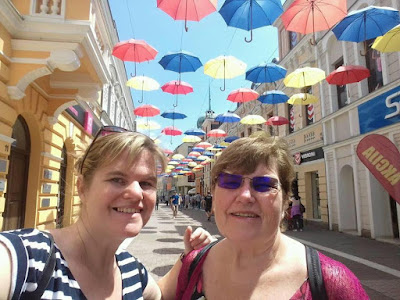 And at the city park: 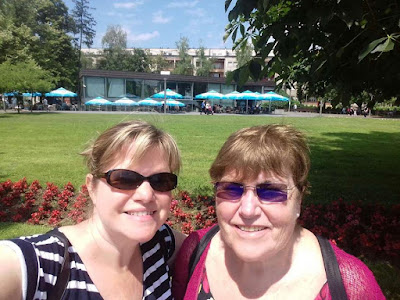 We also made it to the market where both got new dresses: which you can't really see in the below pic, but they are lovely :) 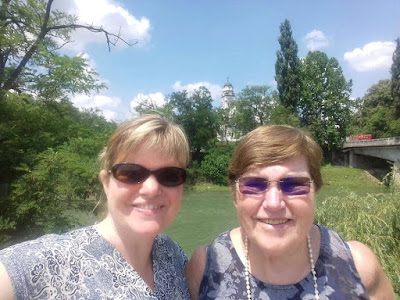 Another hit was the indoor thermal swimming pool on the day it rained... and Mom (who was coming from drought-stricken, water-restricted Cape Town) could take a lovely long shower in the thermal water. I think that she enjoyed that almost as much as seeing me!

Mom's trip was short but very sweet and it worked out magnificently as when she left, we could drive her to Zagreb, as I was already having to drive our kombi/van to pick up a lovely team from the US: Here we are having dinner the first night altogether, once we were back in Banja Luka: 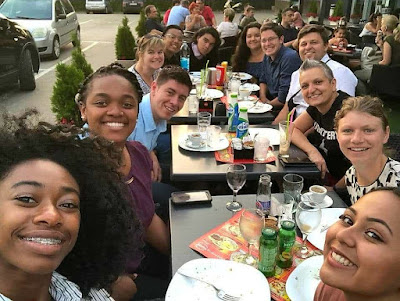 Even though they were around only 4 days, before heading to Sarajevo for a month, we managed to pack in a lot of things with them: Cultural night at EKC Ihtus: 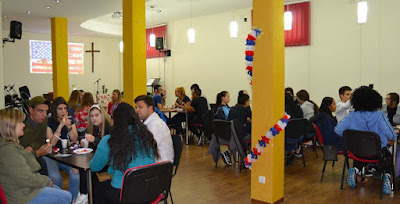 Where we had a lot of fun! 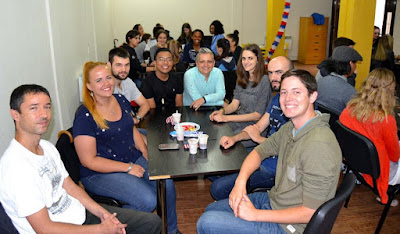 We also took them to the children's home where they hung out with the kids... Most of them are in Italy, staying with families during the summer, but we gave those that were there a fun afternoon, playing games or doing loom bangs on the side, or football with the guys: 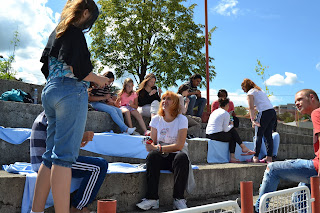 Or doing gymnastics together: 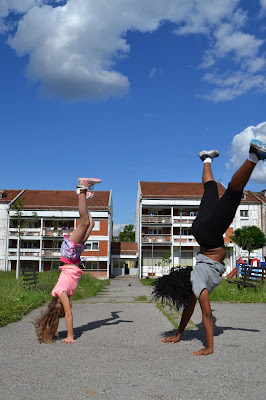 When they left to go to Sarajevo, we were sad to see them go :(

Then we had some wonderful Finnish visitors, Sanna and Miika and their three kids who used to be here, but you will have to take my word for it as I don't have a pic...

Then it was time for my last June visitors, this time Matt and Kalene from my home church in Cape Town, South Africa. They were the lucky winners of a voucher at my Bosnian evening for free accommodation and they always wanted to come to this part of Europe, so they decided to come to me on the way from Budapest to Croatia... and we showed them a good time: Here we are at Krupa falls: 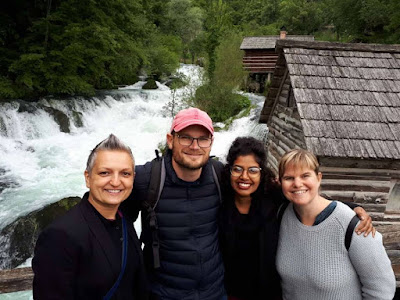 It was a busy but fun couple of weeks with all of our June visitors!!
Posted by beeinbosnia at 4:26 pm No comments: