As my good friend, Janice, is now living in Vienna, I decided it would be a good place to go to spend New Year's, before heading out to see some YWAM people around the Central European region. My first adventure was being kicked off the bus from Zagreb to Vienna as it was overbooked and put on the bus 3 hours later. I did get vouchers for my trouble, but as it was my first journey with Flixbus, I was not impressed to say the least!

But I eventually made it to Vienna, and seeing Janice again made the trip all worthwhile. Janice used to live in Sarajevo, and Ljilja and I last saw her 4 years ago in Israel, so it was time for a nice catch up! After celebrating New Year's I spent a week with her and we also managed to fit in some sightseeing in between the catching up! The highlights were Schönbrunn Palace:the summer palace of the Hapsburgs, so much history! 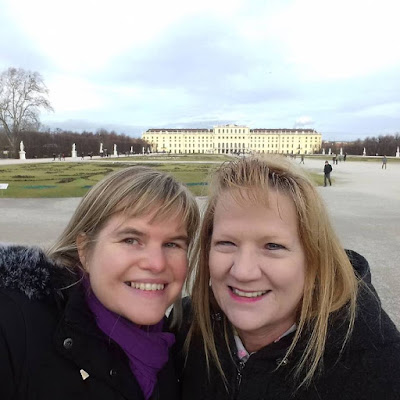 And a #bucketlist item: the Spanish Riding School and the lipizzaners. We went to the practice session, and I managed to sneak a couple of photos (which aren't allowed...so hopefully I won't get into trouble putting them on this blog). It was just so amazing to sit there and watch them do their dressage steps, but also realise that this place has been in existence for almost 300 years. 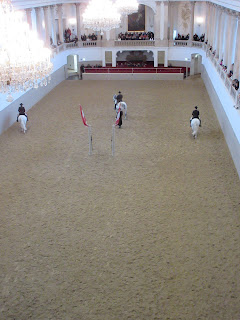 I managed to have my camera focused on the right spot at the right time to get this shot of an "airs above the ground" move. This is not done every day at the practices, and it was the ONLY one of the day, so it was a lucky shot indeed!! 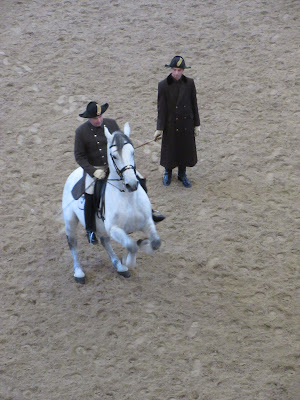 I also managed to meet up with fellow Capetonian and friend, Richard at a traditional Viennese coffee house: He is living in Vienna now, so it was nice to have a good catch up! 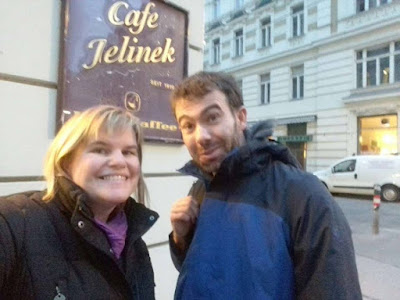 Then it was time to do some "work". I travelled  by bus and train to YWAM Hurlach near Munich in Germany. It was my first time at the castle bought for the 1972 Olympics and one of YWAM's heritage sites. It was great to spend time here at the base and see old friends. I spent time in YWAM Hurlach staff meetings, but mostly spent time with our Member Care people for Central Europe, Hannes and Doris, but unfortunately I didn't a get a pic of them, so you will have to do with a pic of the castle instead: 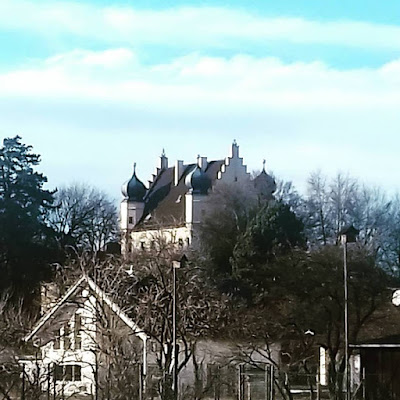 Then Hannes and I drove together to the Czech Republic to meet with our YWAM team in Cheb. We had a great time with them and I think they enjoyed our visit as well: 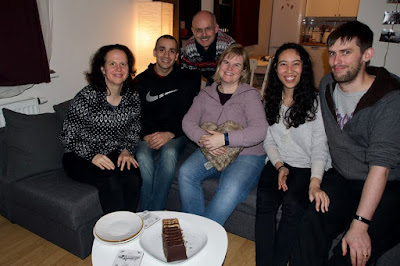 I then travelled by train to the lovely city of Budapest, but unfortunately all the other travel caught up with me, and I got sick. So I didn't actually spend time with almost anyone (after setting up many appointments, which had to get cancelled :( ). My last day I went to the doctor and got some antibiotics for my throat and asked her if I should cancel the next leg of my trip to Bucharest (by plane) and she said that with the antibiotics I would get better and there was no reason not to go... so onwards I went:

It was a whistle-stop visit to Romania for some meetings and of course I didn't get any photos of that either, but on the way back I got to enjoy the stunning sunrise in Bucharest airport: 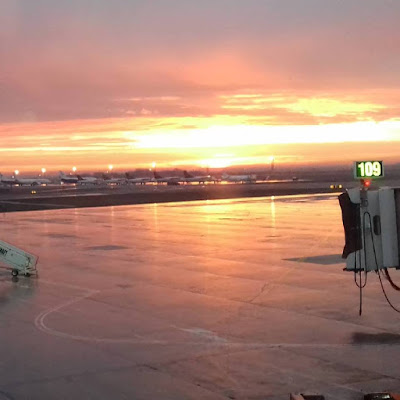 After 3 weeks of travelling, by car, bus, train and plane it was really great to get back home to Banja Luka!!
Posted by beeinbosnia at 6:33 am