Every year in August/September there is a Samaritan's Purse conference called nConnect for those working with Operation Christmas Child. As I am part of the national team for Bosnia and Herzegovina I get to go along to connect with others working in the region (and with our team to work on how we will be moving forward in how we do things). This year the conference was in  Cetinje, Montenegro. It is always great to reconnect with the wonderful people who work with this project, this time with the Albanians and Montenegrins: 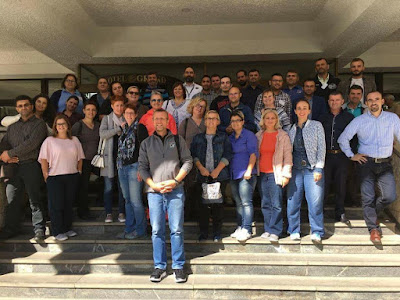 We also got to enjoy some of the historical city of Cetinje: 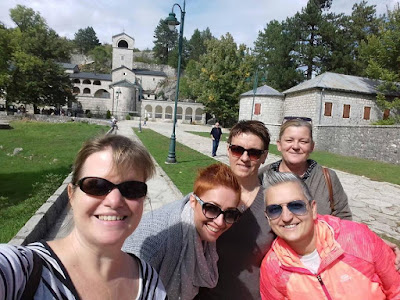 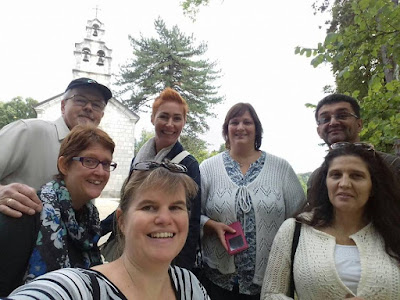 On the way back we were going to go to Budva on the coast to at least put our toes in the water... But in the end this is what we got to see of the sea. The road was closed for repairs for an hour and so we decided to turn around and go back the other way. 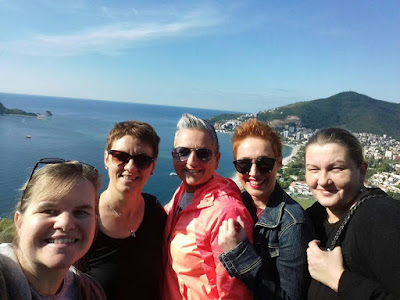 As we were heading back, we came across a one-car accident where the car was destroyed but the lady had somehow managed to get out of the vehicle. We were able to help her until the ambulance arrived... and she was soooo grateful that we came along :) (she just had one broken rib, having airbags saved her life for sure... she fell asleep and hit the rock wall alongside the road and the car overturned).

We also discovered that the roadworks were not just on the coast and had to wait another 2 hours at the border as they were fixing the road right there and then when that opened the border took forever because of the backlog! But eventually we made it to Trebinje where Ljilja and I stayed for two nights to see her family (and somehow I don't have any pics of that!) and the others carried on back home.

The next weekend it was time for another conference that happens every year in October on the Croatian coast: the Brela Women's Conference. I was one of the people on the founding committee and it has been going for 15 years now! It is always great to go and get refreshed and reconnect with people serving in the Balkans.

The weather wasn't as good as it has been in the past, so no swimming this year, but it was still beautiful... and the wind reminded me of Cape Town! 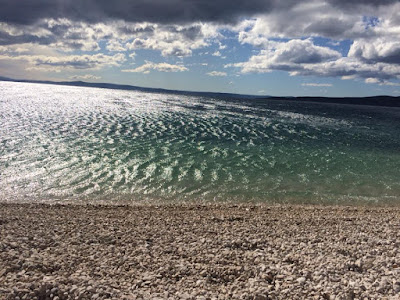 I enjoyed getting a little break away from it all, and it was great reconnecting with people I haven't seen in a long while!!

Posted by beeinbosnia at 9:21 am