Having fun with American guests...

Ljilja, my housemate, took on the role of General Secretary for the Bosnian version of IFES/InterVarsity last year, and last week she had the privilege of hosting some of the American InterVarsity Board members in Sarajevo and Banja Luka. While they were in Banja Luka, two of them helped us with a lecture on parenting techniques for the parents of our sponsorship children: 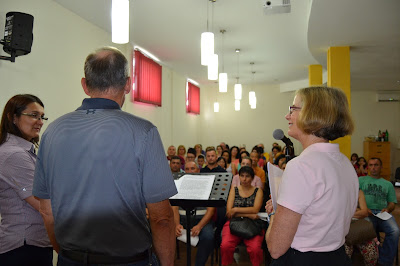 Also, Ljilja asked me to take them around Banja Luka, and I became the best tour guide ever when I introduced them to the ice cream we have on our main square as part of the tour :) Here they all are at the Fortress Kastel: 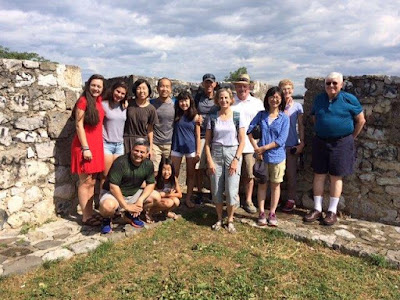 Then, this week we hosted an American family, who are in this part of the world to help with camps in Croatia. It was great to get to know Chase and Cassie and their two beautiful kids. We took them down to the watermills at Krupa: 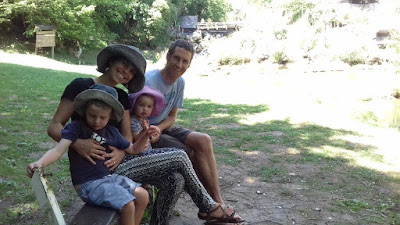 And on to the beautiful city of Jajce. They loved the walls: 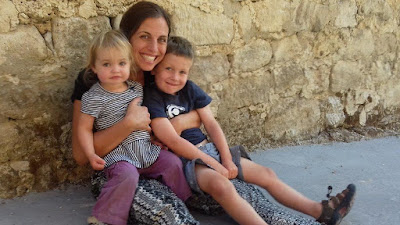 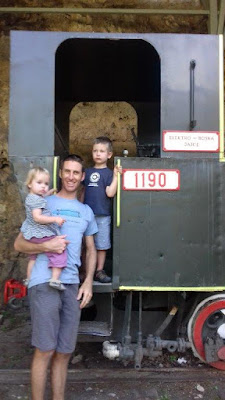 On the way back, Ljilja noticed that they were no longer behind us, and so we turned back to see what was going on. The front wheel of their hire car was making a big squealing sound... so they had pulled over. We took the wheel off and had a look at the break system and couldn't find a stone or anything, so we were about to give up and call a mechanic when someone stopped to help. And they moved something around inside the break pad and then said "gotovo je" (which means "it is finished"). I thought it meant that the part was finished and we should call a tow... then he showed us the little stone that had fallen out and that it was all ok now!! All done! This is us putting the wheel back together after it was all done... 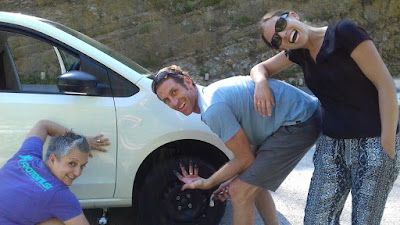 As it has been so hot, we decided that the best use of our time would be to take children from the children's home to the pool. There are not many of the 100 children left in the home in the summer as many of them go to Italy through one organisation, others go to the sea with another, others go to family members, etc. So, we took 17 of those that were left to the pool and had a great time. One of them hadn't ever been before - and so if we went just for her, it was worth it!

Before the family left, we also had a decoupage workshop with the mothers and children and teenagers from the sponsorship project. It was a great turnout: 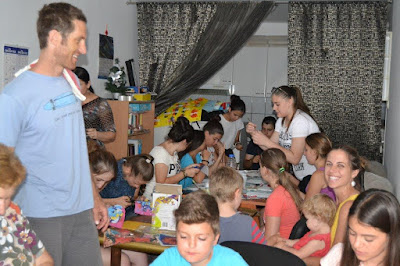 We had a lot of fun! 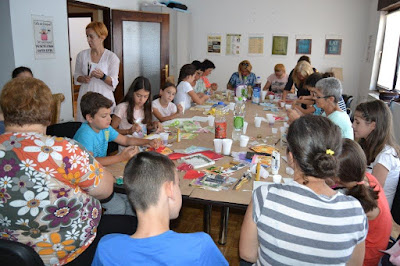 And as you can see below, there are very creative people in our project: 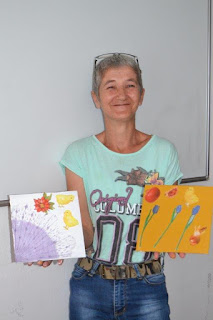 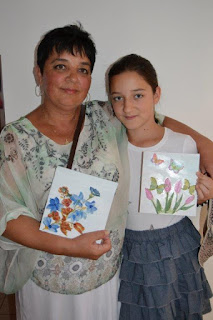 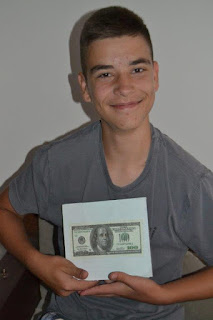 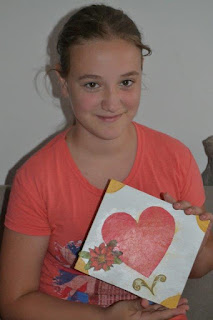 Posted by beeinbosnia at 9:41 am No comments: