I am running two sets of English classes at the moment - with adults doing conversation (but that is no fun to take pictures of, although we do have a good time!) and with children. The children are cuter to take pictures of, so here you are:
There are about 20 kids and 4 volunteers, and each volunteer then works with a table group. We do games, exercises, colouring in, etc all around the tables. 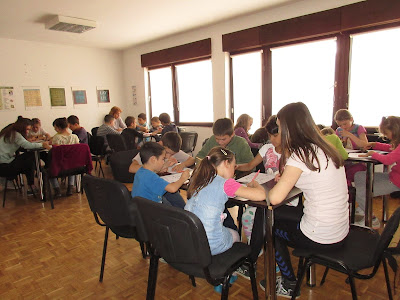 In the middle we have time to have some games and things altogether: Here is my little parachute which was a gift from a team - and we put it to good use. It is great for learning colours, numbers, instructions (up, down, round, etc). We also do other games and songs and just have a great time before heading back to our tables to carry on. 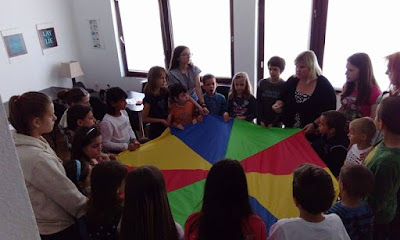 Meanwhile the parents are kept busy with their own workshops - this one was on what behaviours should we allow children to get away with and which shouldn't ever be allowed... 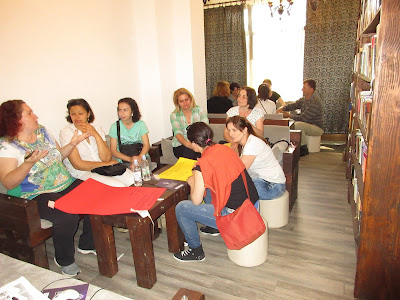 I have fun with both my classes, and seeing how the kids and the adults improve with each class is so rewarding!!
Posted by beeinbosnia at 3:15 pm 2 comments:

I missed Module 2 in January, which was in Holland, because I was in South Africa, but managed to catch it up on video. This time the week-long intensive was in Skien, Norway (actually pronounced Shay-en) which is also pretty close to Oslo, but from the airport it was almost 3 hours on the train. I was in the quiet car and had to take a picture: 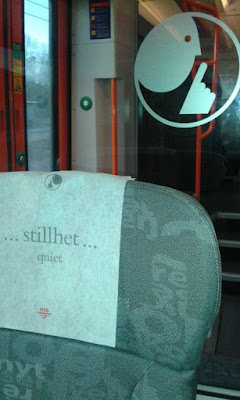 We were in a former prison now turned YWAM base, and it was pretty cool!! They are not used to having over 130 people, but they did a fantastic job of hosting us all!! 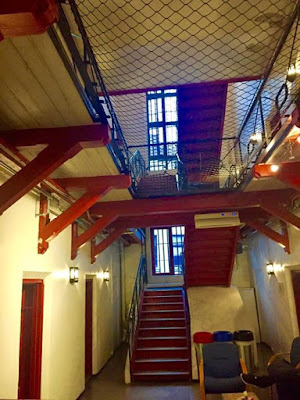 One of the great things about this course is that you get to meet and connect with people from all over working all over Europe...I was in a room with a Kiwi who works in Greece, an American who works in Scotland and a Swiss girl who works in France.

I and the Kiwi, despite being the older ones in the room ended up on the top bunks, because the American is pregnant and the lovely Swiss girl had broken her back in December in a car accident... there was no ladder on the bed which made it tricky to get down. I managed to do it the first morning, but realised that I wouldn' t be able to do it on a regular basis... I talked to the YWAM base staff and... no problem, one of the Norwegian staff came and measured and the ladder was made and on the bed before I came back from lunch! love it! 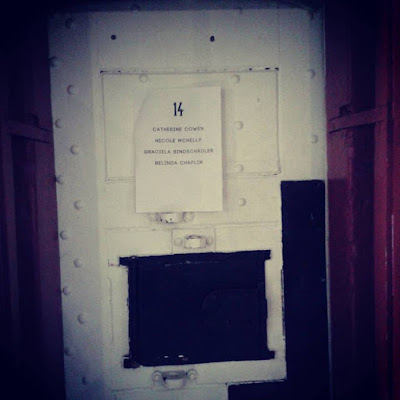 We were in lectures (with discussion around the table) most of the time. We had two great lecturers, Markus Steffan and Jim Stier. Markus is the President of the University of the Nations and Jim Stier (below) was previously President of Youth With A Mission. We had our lectures in a Methodist Church right next door to the prison. 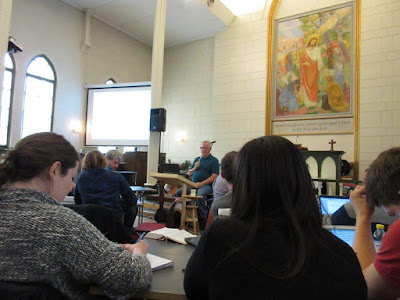 On the last night we had a wonderful meal together - we call it a Love Feast. Where we have lovely food and then share about how God has been working in our lives. We also sang a few hymns acappella which was great! 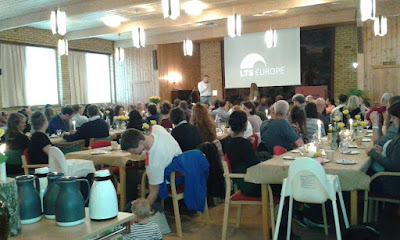 Afterwards we were treated to wonderful music by two fantastic Norwegian musicians in a 13th Century Church. It was so beautiful! 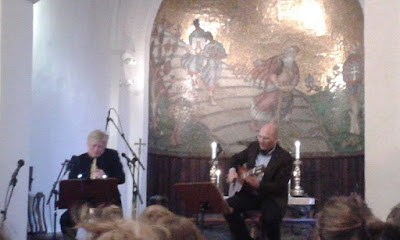 During this module we were given a big project that we had to complete, so now we are all busy working on that in our own time until the next Module in Krakow in June. So far it has been a fantastic experience to be a part of this Leadership Training School... we will finish with the 5th and final module in Kiev in August.
Posted by beeinbosnia at 10:10 am No comments: