As our  EUS (InterVarsity/IFES) colleagues, David and Irena, left in June to go live in the Czech Republic, we didn't have an InterVarsity Team for this summer, but the team that is in Sarajevo came up for a couple of days for a visit. It was great having them here! Ljilja did most of the organising, and I just helped out, but it was a fun couple of days hanging out with new friends and old. 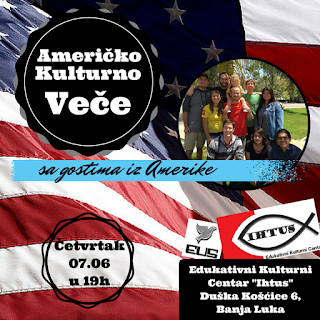 We even had an American Cultural night with them, including a fun game of "Guess who I am" and a Jeopardy-style quiz. 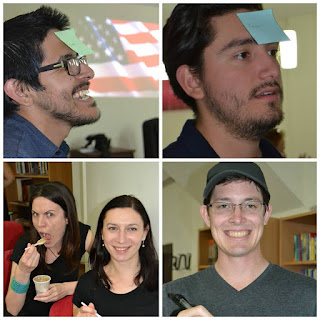 We also enjoyed coke floats and some other American snacks.

The leaders of the team are Matt and Bekah, who came with their daughter Hannah, who is a darling. They have led teams and visited before to Banja Luka, so it was especially great to be able to catch up with them! 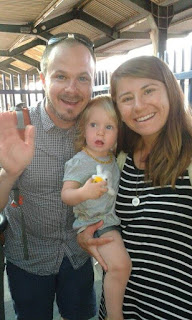