So, tonight we finished up the Book Club for this school year and we had a great time!! A team from YWAM Davos arrived on Tuesday and I put them to work today making the back drop (and they wrote it in Cyrillic!!) and cutting up the glasses and moustaches and lips for our very own photobooth:

This photo is of 4 siblings: so cute! 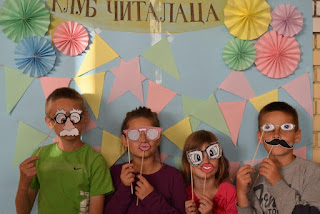 How cool are we? 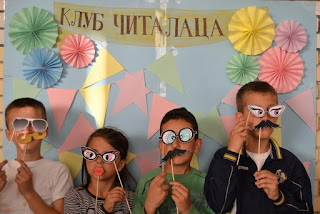 The team also drew on the eyes... it looks so cute! 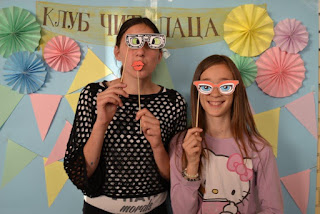 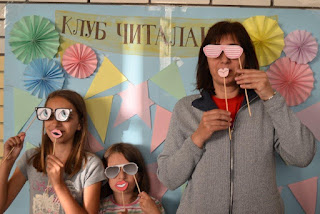 Here I am with "Z" who is looking cool with his 'stache! 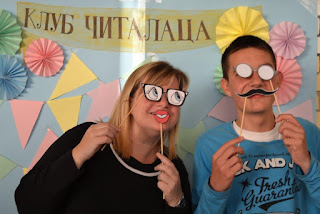 David and Jelena with sisters "A" and "A" 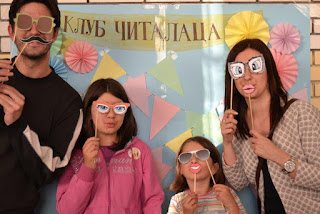 Here is Tanja with "B" sporting a new look :) 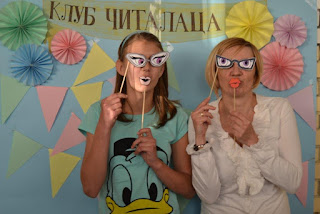 At the end we tried to get everyone onto one photo - some of the kids didn't want to, but the majority were in on the game! (and you can see how much cutting out happened!! - well done guys!) 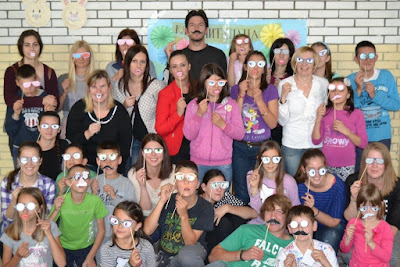 And after we finished with the photos, we gave out their prizes (which were actually made by the previous YWAM team before they left out of donations that we had been given - thanks for that guys!). Each gift included toothpaste, school supplies, some toys, sweets and bracelets amongst other things. I didn't get any pics of the prize giving as we had already taken soooo many photos!

As you can tell we had a really fun night with the kids! (and the cool thing about photobooth photos is that I don't have to blank out the eyes of the kids to make the kids unidentifiable to put them on the internet!!)
Posted by beeinbosnia at 10:14 pm 2 comments:

A team from YWAM in Biarritz arrived on Wednesday for a 3 week stay. They are being led by Timo who was here last year. There are 6 altogether from the US, Canada, Germany and Hungary.

I sent the team out the first night on an "Amazing Race" scavenger hunt around Banja Luka while Timo and I went for coffee to discuss the first few days while waiting for them to get in...but when I told the two teams to meet up at the restaurant "Kod Muje", I forgot that they actually have another couple of branches - so the boys came to the main one where Timo and I were waiting, but the girls went across town to another one... luckily they realised quickly and used the restaurant's phone to call me! It helps that I put my number on the paper (having lost a team in the past... but that is another story...) So all's well that end's well!

We have been pretty busy - with Book Club at the home, English classes and even cleaning up Banja Luka with other volunteers for the worldwide "Let's do it" campaign... And of course I didn't get any pictures of these things... but I did get some pictures of our activities yesterday and today...

We went to the children's home and gave them 3 hours of fun and games: the little kids mostly did loom bands on the grass (along with some of the big kids...) 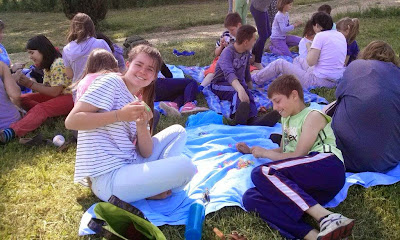 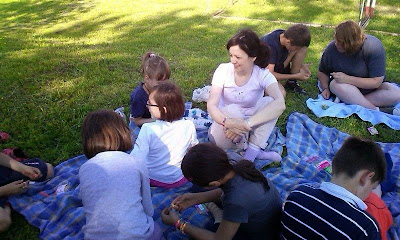 While the older kids played football, volleyball, basketball... and showed the team how it is done! 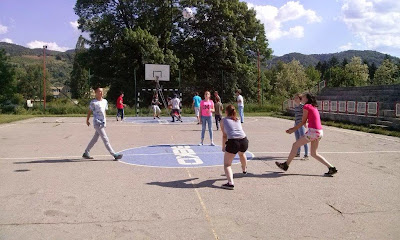 On Sunday it was one of the team, Stephanie's birthday so I decorated a little cupcake brownie for her and made brownies for the rest of us at church in the morning... 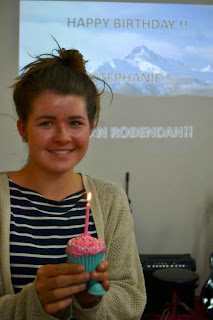 Sunday afternoon we had an afternoon with the children from our sponsorship project... here the team is introducing themselves: 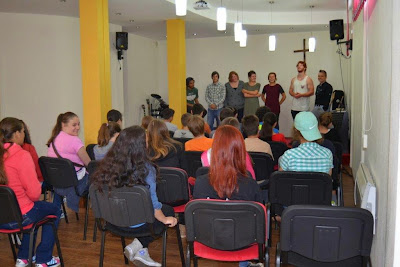 Then we turned around and they did a drama for us: It is called "Everything" and is about how everything is more important in our lives than God... it was really good: (Kennedy, who is here with EUS, stepped in instead of Timo who unfortunately was not well...) 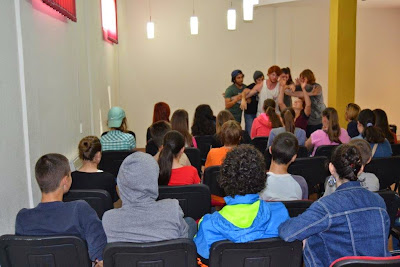 Then it was time for some fun games: silent football: 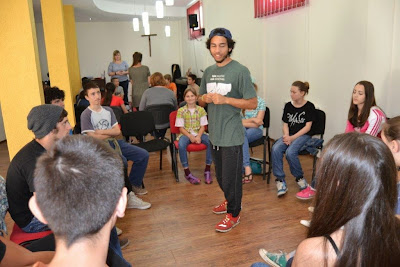 And the foot game: 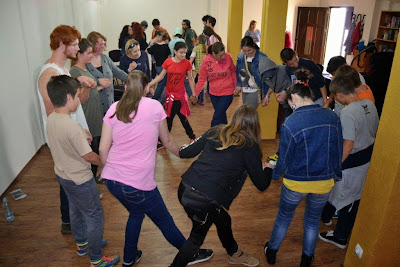 As you can see, we are having a wonderful time with this team :)
Posted by beeinbosnia at 10:04 pm 2 comments: