Well, not quite to paradise, just from Cape Town main train station to Simonstown and back.  My aunt, Janny's birthday is today and she has really wanted to go on this train for a long time - so her daughter, Lauren, organised for my mom, myself and the two of them to go on the train on Sunday. And she did it as a surprise... and it was a wonderful wonderful day...

The train is from the 1930s and is run twice a month by Atlantic Rail, a non-profit company, which is helped by volunteers steam-train enthusiasts... Now my aunt wants to become one of the volunteers, so she can go every time :)

The trip was great, and we really scored on our seats: on the way there, we were on the back of the train, so we could get some good shots of the train when it went round corners: here in Woodstock. 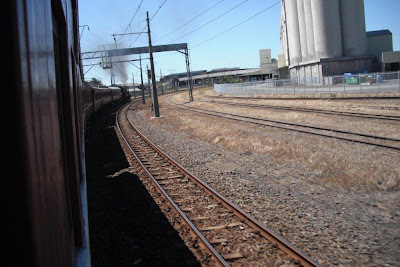 I also had a good time taking photos of the views on the way... starting with the lovely view of Table Mountain from Woodstock station: 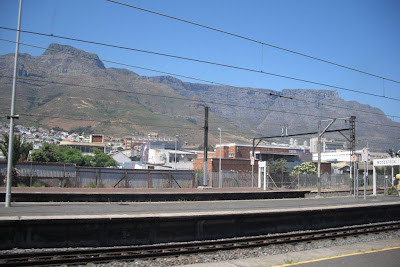 And Devil's Peak (and Table Mountain side on) as we went round the mountain: 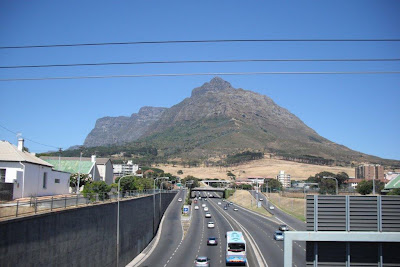 Then it was through the Southern Suburbs of Cape Town (where my mom and aunt live) and onto Muizenberg and the Falsebay coastline: Here is Bailey's cottage which will always remind me of my Dad: 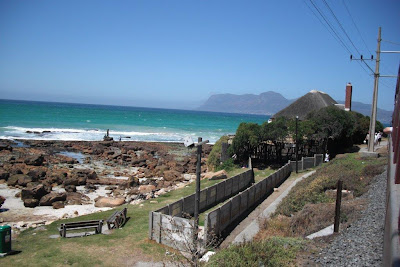 Then through Kalk Bay where I managed to get this lovely shot over the viaduct: (and see all the people who waved as we came past - we felt like real celebrities all day!) 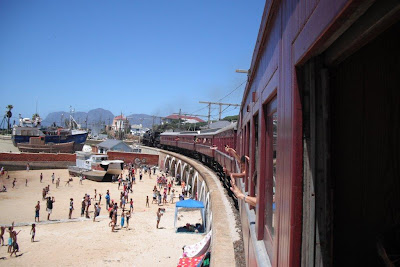 It was non-stop to Fishhoek station where we had to wait 20 minutes for a Metro train coming up the other way (from there to Simonstown there is only one track). But that gave us time to get off and wonder around and take lots of nice pictures! 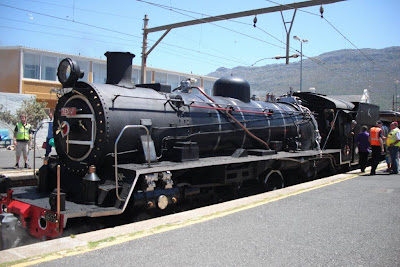 And I got on board for a couple of pics too: 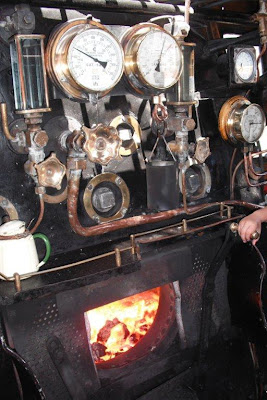 And there was a chance for a pic of Mom and Jan and I: 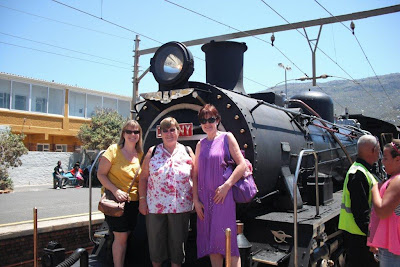 And we also went for a walk back up through the train to our end. Here we are in the "snack car": they just have drinks and snacks, as they give us 3 hours for lunch in Simonstown. 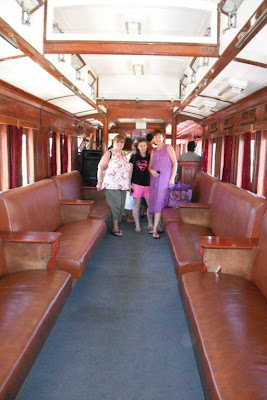 Then it was time to leave Fishhoek and a time for another lovely pic of the steam engine: 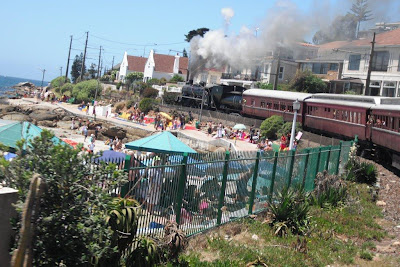 And looking back at Fishhoek: 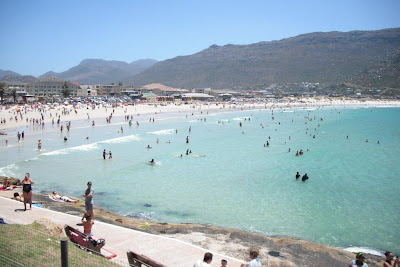 Another gratuitous shot of the steam train (with Mom's head): 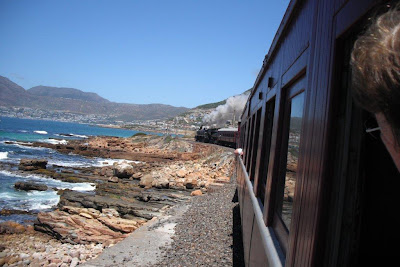 And coming into Simonstown: 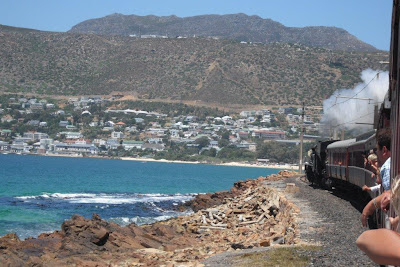 We went to the lovely Bertha's restaurant for lunch. We didn't get a shot of us with the wonderful food (best calamari I have ever had - which is saying a lot!), instead here we are with satisfied tummies- Mom, Lauren, Janny and I: 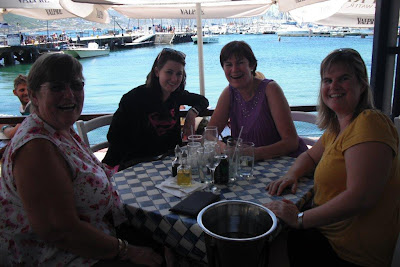 When we got back to the station, the engine was now at the "back" of the train and facing backwards - so our carriage was now at the front: It went back in reverse and according to the driver it actually can go faster in reverse... it did feel like the trip back was quicker! 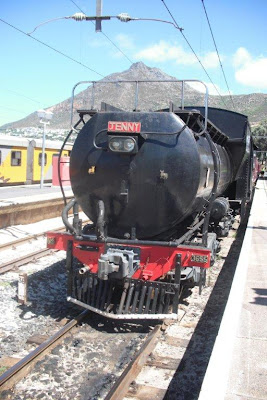 There was also a chance to get more photos: Here is JANNY: (not Jenny, so a little cheating needed!) 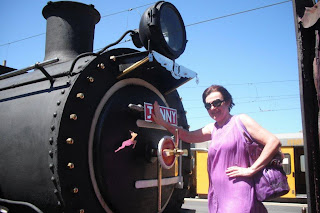 And getting pics of us in the engine was fun, but tooting the horn "CHOO CHOO" was definitely the highlight - it is that whistle, which my aunt can hear from her house, that is the reason she found out about the train and wanted to go on it... 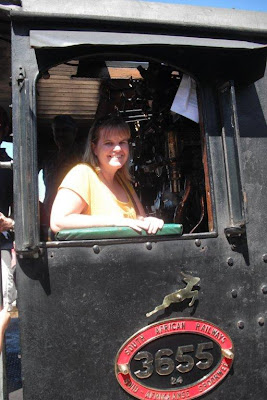 Then it was time to get back on the train and go back (without the stop in Fishhoek) to Cape Town station... and then there was a little bit of shunting while we were in the train to get the engine back to the right side and reverse us back into the station, ready for the next trip in two weeks' time... and that enabled us to get the great Hogwarts Platform 9¾ shot below: 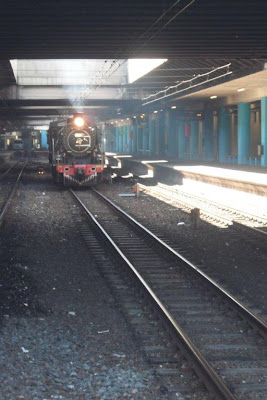 An unbelievable trip, and a fantastic way to help my wonderful aunt celebrate her special day! Happy Birthday Janny!
Posted by beeinbosnia at 8:45 pm No comments: