My first ever trip to Montenegro (BBP - Before British Passport, I needed a visa and so it was just too much hassle, even though it is a neighbouring country!) was for a Fida Seminar on LFA (Logical Framework Analysis, which is used to write projects). Although mostly well-known for its beautiful coastline, we were up in the mountains, which I think are also particularly beautiful: 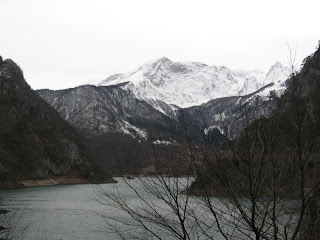 However, we didn't get to enjoy much of the scenery and instead worked as a team on the Fida project proposal for 2011-2013: here we all are working on our problem and objective trees (both shown below), which is the first part of the process: Sinisa, Miika, Ljilja and I: 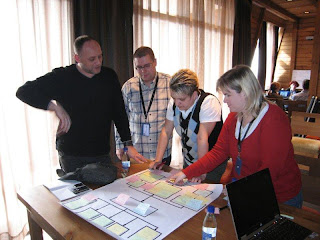 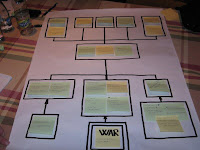 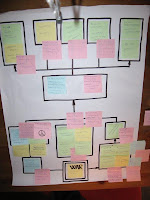 There was some time to enjoy the facilities of the great hotel we were in. And the company of some of the other Fida workers who were at the seminar: here I am with some of the Albanian team in the Jacuzzi: 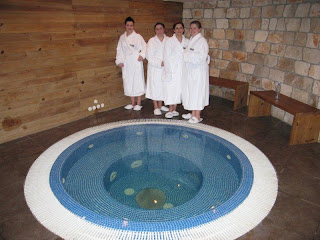 And we did have a little time to wander around Kolasin where the conference was held. Here Ljilja and I with Elvira in front of the statue of a national hero from the town: Veljko Vlahovic. 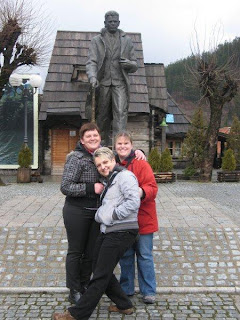 And Dragana and Ljilja and I in the main square: 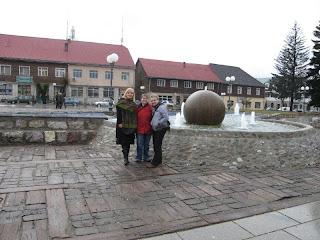 Although it was a long trip there and back (10-11 hours drive), we got a lot of the actual planning for the project done and it was a good learning experience for me. Even though I knew a lot of this way of proposal writing, getting more in-depth training on how to do it properly has also helped for future projects through other partners. It was also great to have time away as a team (although without David who couldn't come :-( ) and I also enjoyed seeing a bit of this region that I haven't seen before!
Posted by beeinbosnia at 10:29 am